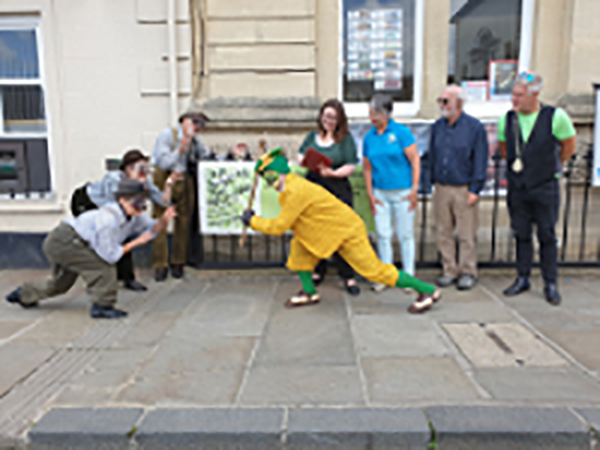 As Lord Lloyd-Webber has recently highlighted, theatres are in a perilous state due to the impact of Government pandemic legislation on audience numbers. However, for the Sinodun Players, there is a keen sense of anticipation and excitement with the announcement this week of a new partnership with The Old Post Office.

As the nominated charity partner, The Old Post Office will provide much-needed fundraising support for The Sinodun Players as well as giving Corn Exchange ticketholders a generous 15% discount on dining before or after all their events, starting with The Wind in the Willows on 14th July.

From 14th July, a Corn Exchange ticketholder with a proof of one ticket valid for a show will receive a 15% discount on food only for a party of up to six people dining at The OPO the same day. Booking is advised.

Francesca Foley, The OPO’s General Manager, said: “We are very excited about our new partnership with the Sinodun Players and the Corn Exchange. The first of our regular Quiz Nights for the Sinodun Players will be this Wednesday, 7th July, when the Director of The Wind in the Willows, Marilyn Leadbetter, and a couple of the cast will kick the evening off with an insight into the production. We’ll also be hosting special events throughout the year, including a James Bond Gala Evening in September.”